Realities – Starting a Manufacturing Career: Introduction to the Real World 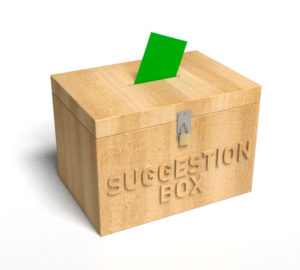 Not all assignments are glamorous but all can provide valuable learnings.

I was 17 years old on my first day at the auto assembly plant. My first assignment was in the Suggestions Department. My orientation was a little less formal than the orientation I have given students recently; ok, ever. A gentleman called us into HR (me and one other student). He welcomed us to the plant and told us what our assignments would be. He then proceeded to tell us how lucky we were to have been chosen for these jobs; that we could just as likely be flipping burgers, so no matter what assignments we were asked to do, we should perform them without question. If we were asked to sit and file papers all day, we might learn something from reading what was on the paper. There were no end of term presentations or evaluations or making sure the work experience was of value to the student. He introduced me to my new boss, Rose, who struck me as a pleasant, yet very tired lady. She was the department. She was surrounded by stacks and stacks of official forms on which employees had written ideas, in hope of being adopted, to receive a percentage of implemented savings. This was the main way employe ideas were incorporated back in the day. (I know you are thinking that I misspelled “employe;” but no, as the story goes, someone had suggested dropping the final “e” in “employee” to save the company a considerable amount of money.)  So, along with trying to adapt to calling grown-ups by their first names, I left my Catholic grammar school spelling lessons at the front door as I entered through the security gate every day. It was a great assignment for a new student. My boss was so sweet. She ate lunch with me every day and escorted me into the conference rooms in the factory when we had to go to the regularly scheduled “Suggestion Meetings.” The Suggestion Committee consisted of my boss, who facilitated the entire process, Industrial Engineering, who calculated the savings of the adopted ideas, and other plant management who approved/rejected the validity of the monetary awards. I specifically remember a rather heated argument early on, in which a Manufacturing General Foreman (GF), was being chastised by the Maintenance Superintendent for asking one of the machine repairmen to fix something and write it up as a “suggestion.” “This is a repairman’s responsibility for which he is already fairly compensated,” he argued. The Manufacturing GF did not really seem to care that much, as his problem had been resolved. It was loud, awkward, and tense. This meeting was a great foreshadowing of how much time and energy I would spend in meetings over the next several decades debating what was one’s job, versus what was not. I was indeed grateful for this colorful introduction to conflict, as it was a skill I would call upon numerous times throughout my career.