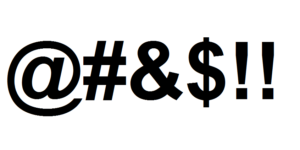 Try to look for the good that lies beneath.

As I reflect on the sights and sounds of the assembly plant back in the day, there was a definite rhythm to it. Not only was the line set to produce 60 cars per hour, but there were sounds of tools and whistles, camaraderie, and conflict. While the plant’s main parts were painted with the designated marketing colors, there were many passageways filled with unofficial artwork that clearly would have been covered over had they ever intersected with an official tour route. I was exposed to many new things I had not encountered in my Catholic grade school or even my public high school back east. And although each of the assembly jobs had been balanced to fill up the better part of a minute for each assembler, it was clear that the people’s hearts and minds were not as busy as their hands.

While I had a firm conviction that I was there to help, there were situations where I knew my presence was a hindrance to the standard local dialect established in that factory. The management team strained to carry on “normal” conversations when I was in the room. One such memory was that of a General Supervisor affectionately called JJ. He was a hard-working man in charge of Car Conditioning, the hospital for any cars that had been through Final Assembly but were not quite ready to be launched into the new car lot. The vehicles would ebb and flow into the area depending on many variables in the plant. His job was to keep them rolling into the vast backyard full of new shiny vehicles to be put on carriers and whisked away to dealerships all over the country.

JJ was passionate and effective at his job…however, when I was present in the daily production meeting, his sentences grew longer. For five years, a “‘scuse me, Kathy promptly followed every “MF” that came out of his mouth. As much as I tried to reassure him that I was not offended, his sentences were prolonged with those three extra words, sometimes multiple times in the same sentence. Eliminating the “MF” was more of a challenge than acknowledging that it was not acceptable language in front of an 18-year-old girl. His speech was rough, but he was a good man that I remember fondly when I recollect my days in the ’80s in the automotive factory.

Stay tuned for more highlights and stories from the journey.